21 August is a special day for our nation. In 1968 we have experienced a Warsaw Pact invasion into the Czechoslovakia and since then the Communist party strengthened its authority.  Every year on 21 August we are reminded of those times and every year we are grateful for the freedom we have these days.

It might be very hard for a „western“ foreigner to imagine what the times were like and what it is to live in a repressive regime. Therefore we have prepared a special tour in which we try to explain you all the aspects of these times from a point of view of a Czech citizen who grew up during communism. We take you to places which are somehow connected to these times and explain  the history behind it.

Our „In the communist footsteps“ tour starts at the Wenceslav square, with the 1989 demonstrations, Jan Palach monument or the Czechoslovak radio, where the major fight in 1968 happened. The demonstrations continue in Letna, where also a worlds largest statue of Stalin used to be in the 1950s. Our next stop is at the Strahov stadium which used to be the largest stadium ever, and which was built to display synchornized gymnastics on a massive scale. We continue to Ujezd, where a modern monument for the victims of communism is placed and we pass along Narodni (National avenue) where the most dramatic demnostrations happened. We end in Mustek and at the end of our tour we take you to the Museum of Communism, in which you can better imagine what we  talked about on our tour.

After our tour, you will have a perfect imagination what the life was like in here in the past and you will also be grateful for having the possibility to travel as a tourist from a free country to a free country and to ask whatever question comes to your mind without any censorship! 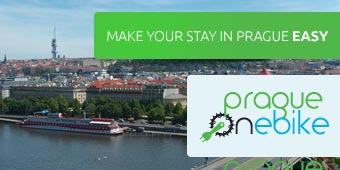